Mike is a native Oregonian and grew up in Eugene, Oregon. He earned a Masters of Agriculture degree at Oregon State University under Dr. James Baggett. He has grown melons in the Willamette Valey for the past thirty years. He currently grows on fifteen acres and runs test plots to find varieties that will do best in this climate, working with as many as 100 varieties a year. He and his family sells the best varieties at farmers markets and distribute to grocery stores from Portland to Eugene.

Mike and his wife Janet served on the Board of the Corvallis Farmers' Market for more than 20 years. Mike also currently serves on the board of the Agricultural Research Foundation at Oregon State University. He has been honored for his community service to schools and donates his time and skills to many community enterprises, helping to put in gardens, donating plants, talking at schools, and donating melons to good causes.

Mike lives with his wife Janet in Linn County. He has two sons, Scott and Colter, who with their families run the Red Hat Melons booths at farmers markets up and down the valley. When Mike isn’t farming he is growing any plant that he finds interesting. 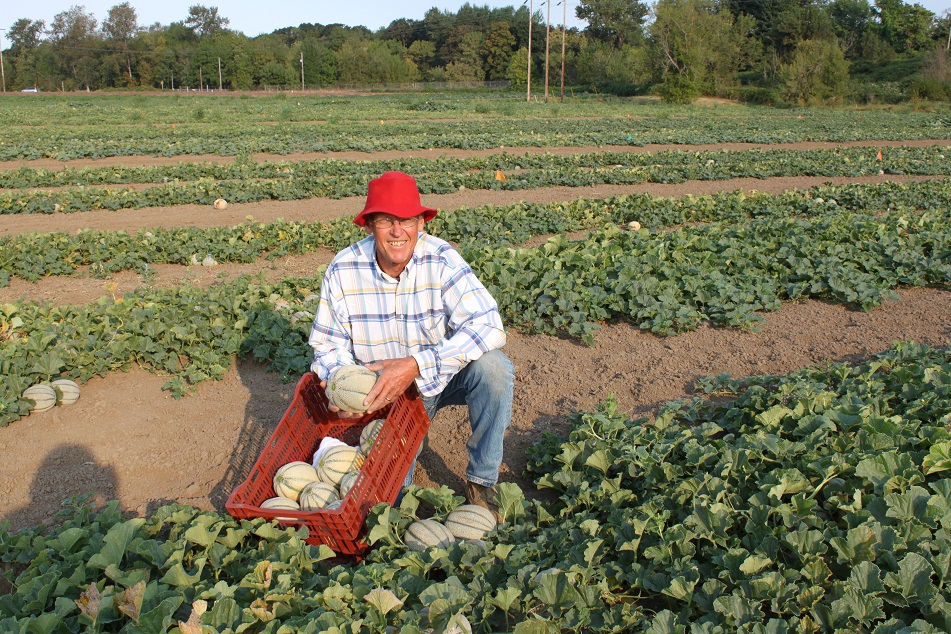